‘Ownership and consent for data collection should be regulated’, says Baijayant (Jay) Panda at re-launch of Data Sovereignty book 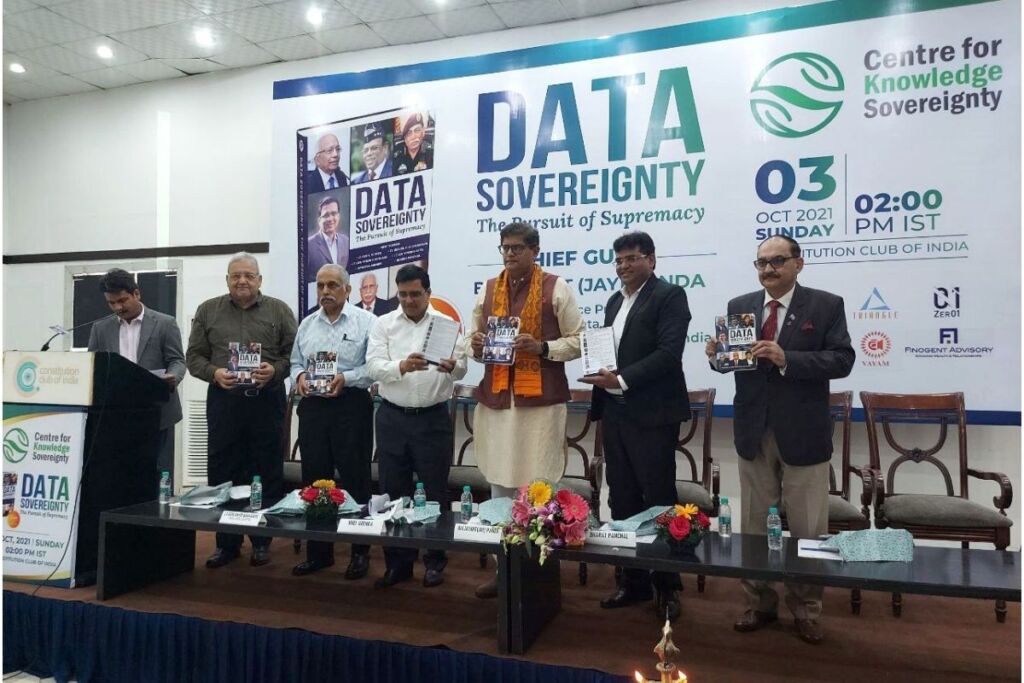 New Delhi (India), October 05: The much-awaited discussion on, Data Sovereignty: The Pursuit of Supremacy was organised at Constitution Club, New Delhi. Shri Vinit Goenka, Co-author of the book and Prabhari IT & social media – BJP Delhi Pradesh shared the journey from the inception of the book to the point where it has sold more than 25,000 copies. He shared that what started as discussions, blogs, and round tables brought together seven experts together to author this very important book. Shri. A. S. Kumar, Chairman, ISRO writing the foreword for the book was an important landmark.

Congratulating the authors on achieving the milestone of selling 25,000+ copies, Shri. Baijayant (Jay) Panda, National Vice President, BJP and Former Member of Parliament (Lok Sabha and Rajya Sabha), said, “Big Tech companies today have acquired more power than sovereign Nations. This is similar to the Standard oil company which had monopoly in world oil market and hence, the world politics.” He shared examples where countries are trying to curb power Big Tech. Four years ago, Mr. Panda had presented the first bill on data protection in parliament as a private member bill. He emphasized the need of regulating data collection and security to maintain data sovereignty. He said, “Ownership and consent for data collection should be regulated with few exceptions like national security.” He shared some steps are taken in this direction with Supreme Court judgements and new IT laws, but there is a lot more needed to be done.

The co-author, Vinit Goenka, too compared Big Tech companies with East India Company and said we are heading towards digital colonisation. “Many of this companies are content publishers but hide themselves as platforms, so they don’t have to take accountability of the content.” he said. Mr. Goenka has filed a petition in the Supreme Court of India asking for a mechanism to check fake news and instigative messages circulated via social media, especially Twitter. He advocates the need of indigenous research in the field of data management and promoting indigenous companies to manage Indian data.

Lt Gen DR D B Shekatkar (co-author) said that data security is national security. “The concern is not only personal data protection but equally important is the flow of controlling false data (fake news & fake narratives) coming into the country through social media platforms.” Lt Gen Vinod Khandare (co-author) said that this book is the reflection of his commitment towards national security. “Penning the book was an easier task, but sensitizing governments and people towards data security is a bigger challenge.” He spoke.

Shri. Bharat Panchal (co-author), Chief Risk Officer FIS global, emphasized the need of being Atmanibhar in data management and control. Lt Gen V M Patil (co-author) shared that most of the hardware products needed for data collection and storage are imported in India. “Unless we have our own companies manufacturing the hardware and trained data experts, we can never win the race.” He said.